Even though I recently penned several ambigously positive entries about healthcare issues, 2019 was honestly a successful year. In reality, much of what I’ve done this past year was offline and has failed to appear in this journal, until now.

Publishing an annual recap post is a time-honored tradition here on secretfader.com, even if I left it to wither a few years, and one I intend to keep often as possible (or at least when new work demands presentation).

In September, Rust engineers from around the world converged on Colorado for two days of in-depth workshops and presentations. It was more successful than any first-year conference has a right to be, and as a co-founder, I couldn’t be more excited. In February, I was approached by J. Haigh, organizer of the Denver/Boulder Rust Meetup about helping present a conference later in the year. Within a few weeks time, we settled on late September and began selling early bird tickets, which allowed the event to book and announce the venue.

By then, we knew it was happening: Colorado Gold Rust was officially launched!

I’ll write more about how the event came together later on (knowledge gleaned from posts by other organizers were extremely helpful and we hope to give back through sharing ours), but in the meantime, I hope you enjoy the videos of our speakers’ presentations on YouTube.

As longtime readers will note, road cycling has long been a passion of mine. However, in 2015, it also launched a healthcare saga that would ultimately result in the amputation of my right foot three years later.

This past year, I staged a triumphant return to my chosen sport by acquiring a Catrike Trail recumbent tricycle in late July. Between then and mid-September (when I began to be limited by pain in my left leg), I managed to rack up over 200 miles: an impressive start for my new adaptive sports efforts. 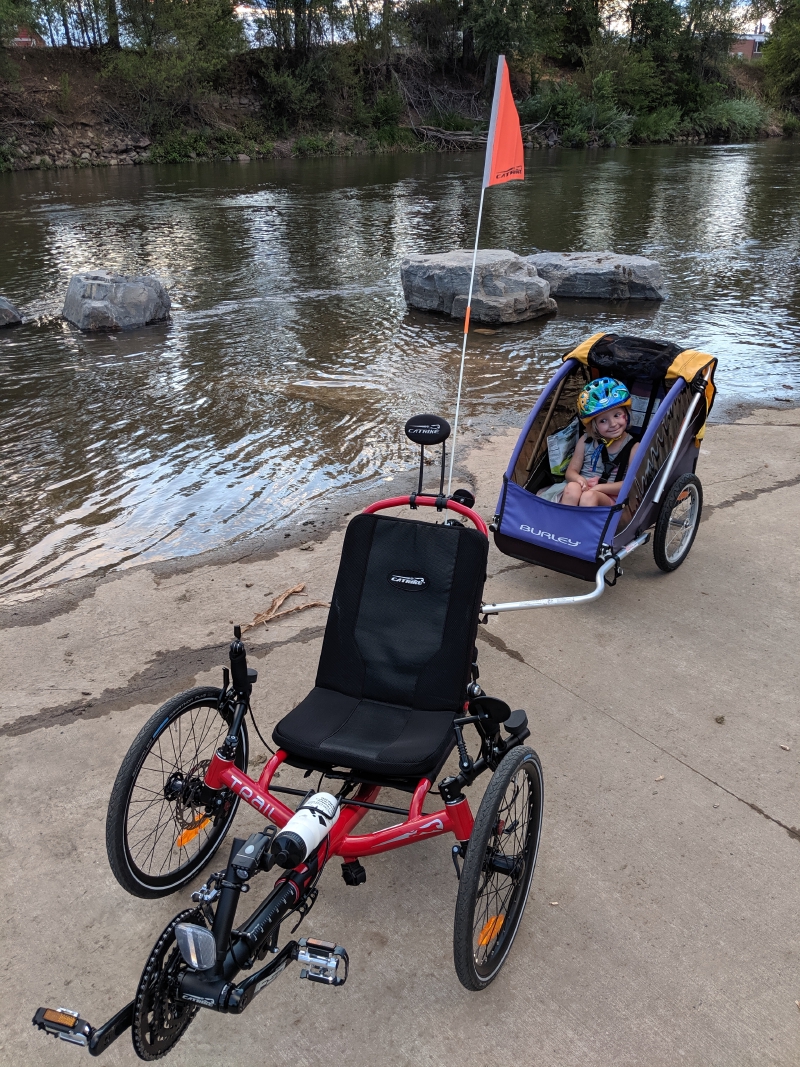 Once again, I’m here in part because of my team: The Limb Preservation Foundation provided a grant to partially cover the purchase of my trike (from their fund in honor of Molly Bloom), and I’d like to extend thanks to Katie, Inger, and Donna at Presbyterian St. Luke’s Physical Therapy for continuing to push me further, and providing support when needed.

In addition to organizing the Rocky Mountain region’s first Rust conference, I managed to land several accessibility-enhancing changes in docs.rs, Rust’s default renderer for online documentation. My list of changes were very small but significantly improved the experience for users of screen readers, which underscores how easy it is to make your site accessible (and makes anyone whose site isn’t look silly).

Locally, I’ve spoken at City Council regarding snow plowing and accessibility, specifically how curb cuts and sidewalks must be cleared in order for wheelchair users to safely navigate their neighborhoods. I’ve separately noticed that when snow is cleared, it’s often placed on curb cuts: resulting in an accessible walkway, where street crossings are noticably excepted. I plan on continuing to advocate for my position throughout the winter months.

Late this year, I was presented with several opportunities for security research. While intrusion protection and physical device hardening have long been a part of my computer science work, I’ve resisted focusing on it exclusively. In 2020, I intend to challenge that hesistation with several exciting projects.

You’ll hear more on this topic, and I’ll be reigniting several other fires from past artistic lives; trust me, you’ll want to stay tuned via RSS or JSON Feed. Until next year, I hope 2019 has been equally good for you. Upward we go!